I wasn't too keen on visting the ruins at Copan. I'd seen enough ruins in the past and another one didn't really appeal to me. I ended up going anyway and holy moley! was I impressed. We had the place almost entirely to ourselves. The hordes of Turistus Autobus were just leaving as we showed up. We ended up just ambling along, each at our own pace. The energy of the place was simply wonderful. The site is much smaller than Tikal and some others, but the number of well preserved stelae and carvings was stupendous. The archeologists had created tunnels through parts of the pyramids and we paid to see them. The Maya had built over existing structures several times and it was quite interesting to see the old original walls and carvings that had been covered up with the newer construction. We ended up spending at least 3 hours at the ruins just soaking in the energy.

At the entrance to the ruins, there were parrots and agouti, kinda like an oversized rat, that were trying to steal the parrots' food ...the parrots won. 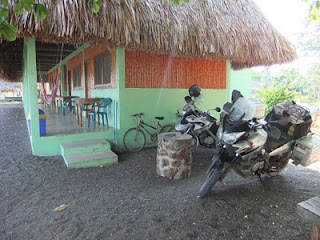 We spent two nights here lounging in the hammocks, reading and listening to the waves of Guatemala's largest lake. 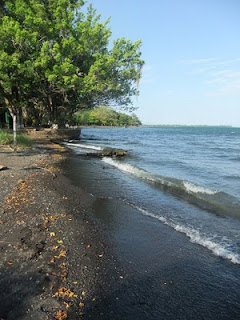 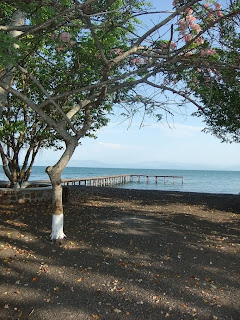 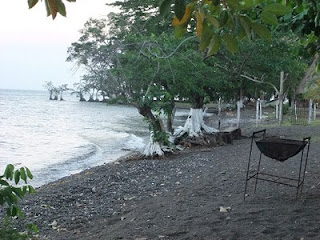 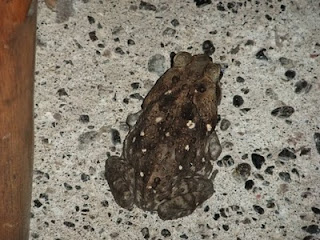 They started surrouding us during dinner at night. 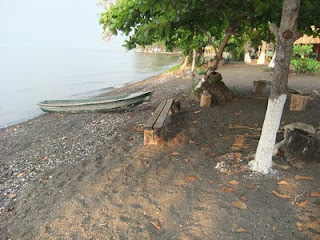 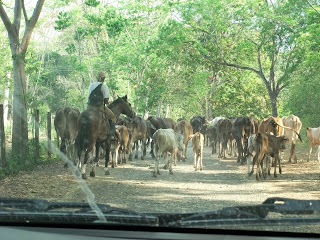 Aguas Calientes was a wonderful little interlude. The night before we had met a German and Austrian girls who had rented a car and were driving around Guatemala. Two more independent travellers to my heart. Eva and Astrid are veterenarians and were a lot of fun to be around. With Phillipe we floated in the warm pools for a few hours and then I hiked around the area to see the source of the hot water. The little waterfall is all hot water, which falls into the colder river below. Right behind the curtain of water is a little overhang where you can hang out for your own natural sauna. The river has little fish in it which just love biting the legs of unsuspecting great white tourists like myself. But at least they didn't break skin. All that was hurt were my vocal cords when I yelped out loud.

Onip said…
And I think that you make a good traveling companion Tooo... 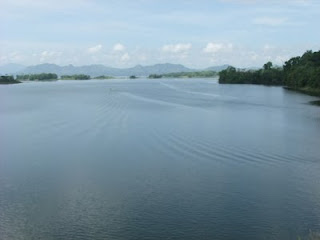 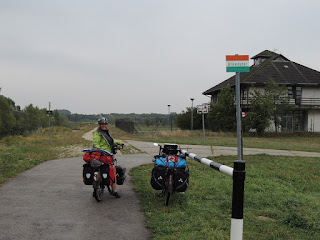 Country #6 - Hungary Bumpy Trails Take Me Home September 26 to October 6, 2015 Cycling distance in Hungary: 488km's Total cycling distance: 1628km's Hungarian Border Crossing After sadly leaving the amazing Oksana, Jan and Andrei in Bratislava, we quickly reached the Hungarian border with tailwinds pushing us along the way. I swear the wind turns into the exact opposite direction each time we change travel direction ourselves. But today the wind gods were smiling on us and rewarding us with some very welcome winds at our backs. Of course because of this wretched Schengen Area Agreement we once more did not get a stamp in our passport. In fact there isn't really a border crossing in the "traditional" sense. Only an open gate and a sign with the Hungarian colours. All that changes is the Language. Hungarian Border Crossing   Immediately after crossing the border things change a little. It's more rural and you can tell that this is no
Read more